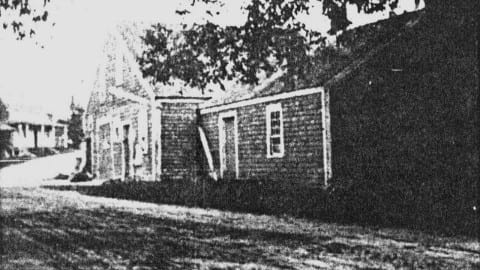 The Old Mill and The Winnipesaukee Canal

The Mill was an old landmark and one of great interest, first owned and operated by Benning Moulton, son of Col. Jonathan Moulton, for whom the town was named. Col. Moulton received the land on the brook leading from Long Pond to Lake Winnipesaukee through a lease. Long Pond is now Lake Kanasatka, and at one time was called Lake Quinnabaug. The Canal was a dream never realized.

The mill sat where Route 25 is now, and a narrow dirt road ran between the mill and the lake.   A blueprint of the mill’s location can be see here.

The former mill was sold by Mr. Moulton in 1793 for 100 pounds to the Senter family, who in 1850 sold to John Coe for $1,000. John Coe, and his son Curtis, ran the mill until 1880 before selling the property. Successive owners of this mill were Frank Brown and his son, Fred; also James W. Charles and Fred Goodrich, Percy Kelley and Samuel Lord. 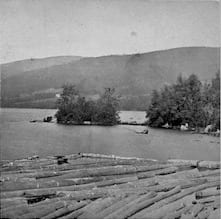 The logs from the surrounding area were gathered and left on the ice on the lake. When spring weather arrived the logs were chained together and pulled across the road to the mill. There was no real problem as traffic was very light in those days.

Sometimes in the fall a cider press was set up and those wishing to turn their apples into cider brought them to the mill. A cream separator was later installed.

The farmers brought their over-abundance of milk where it was run through the separator and large cans were taken to the Meredith Creamery where it was made into butter and sold from 16 to 25 cents per pound, depending on the season.

During the ownership by Percy Kelley he provided the first electric power for the Town of Centre Harbor.

The following information was provided by Roger Kelley, son of Mr. and Mrs. Percy Kelley… Percy Kelley put electricity in Centre Harbor in 1910. He set the poles and ran the wires, doing most of the work himself. The generating plant was in his sawmill at the foot of Lake Kanasatka. He used water power or steam.

The electricity was turned on for the first time at the dedication of the James E. Nichols Memorial Library.

In those days, if a few homes had electricity, it was one bulb hanging from the middle of the room. There being no appliances, at that time, there was no need of electricity during the day. The power was turned on at dark and shut off at 10:00 P.M., as all good people should be abled by then Mr. Kelley was often invited to special parties and functions so he would not be at home at ten o’clock to shut off the power. Mr. George W. Armstrong’s son, George B. Armstrong, and his wife Virginia, living where Dybros is now, often gave big parties for their wealthy out-of-state friends. If they were giving a party and wanted the lights on later than ten o’clock, Mr. Armstrong would flip his master switch a few times at ten o’clock making the gauges at the generating plant fluctuate signaling Mr. Kelley to leave the lights on a few more hours. The charge would be taken care of in the next bill!

Mr. Kelley operated the light plant for about five years before selling to the White Mountain Power Company.

The records of the Centre Harbor Fire Department state that this old structure was totally destroyed by fire on May 5, 1937. Efficient work was done by the Fire Departments in saving the Coe place across the road, which caught fire several times.

The large house next to the Centre Harbor Congregational Church was built by William Sheafe in 1880 for a sum­mer home. There have been several different owners through the years. Mr. and Mrs. James F. Dyer purchased the property in 1948 and in 1949 opened the Twin Gates Manor Nursing Home. The house is now used for apartments. The original carriage sheds were renovated for the Dybros House of Jewelry and Gift Shop. 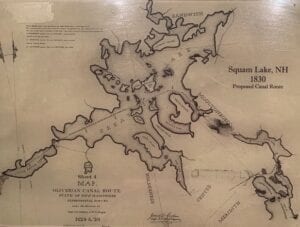 In the interest of improved navigation, a canal between Winnipesaukee and Squam Lakes was considered in order to join with the Pemigewasset, which would eventually feed into the tributions to the South. Upon further investigation and reflection this project seemed likely to prove impractical…with the expense in­volved in dredging, necessary locks, bridges, etc 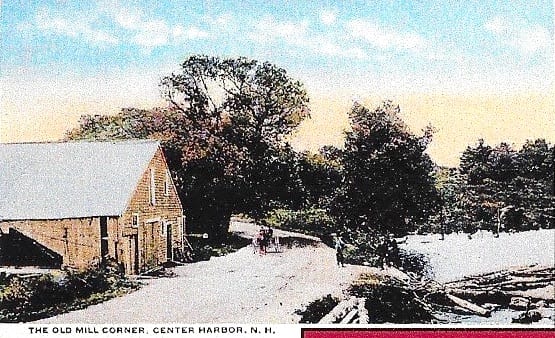 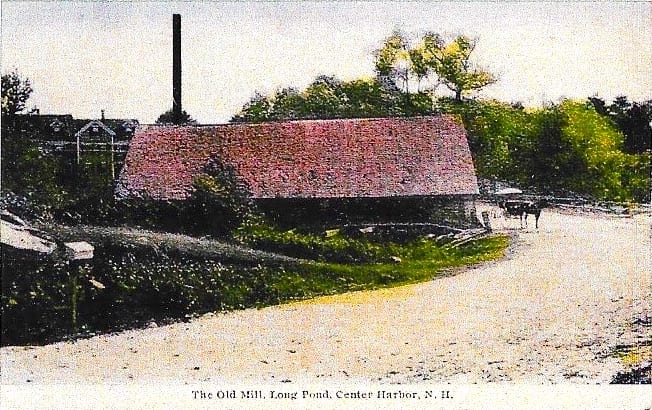 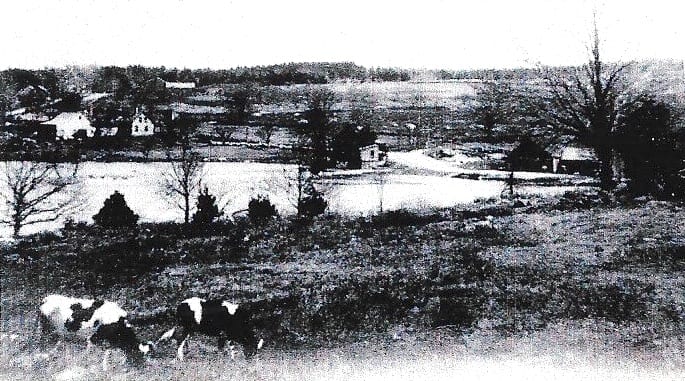